Back to hubPrevious articleNext article
Home  >>  Information hub  >> Case study: How the Buenos Aires Café used a trade mark registration to stand out from the crowd

Case study: How the Buenos Aires Café used a trade mark registration to stand out from the crowd

For business owners and start-up companies it is important that you protect your brand identity by obtaining a trade mark. With a registered trade mark you are in a stronger position to protect your brand if another business tries to use a similar name. This was the case for the owner of Buenos Aires Café, who called on the trade mark attorneys at Page White and Farrer after a competing restaurant group sought to register a similar brand at the UK intellectual Property Office. 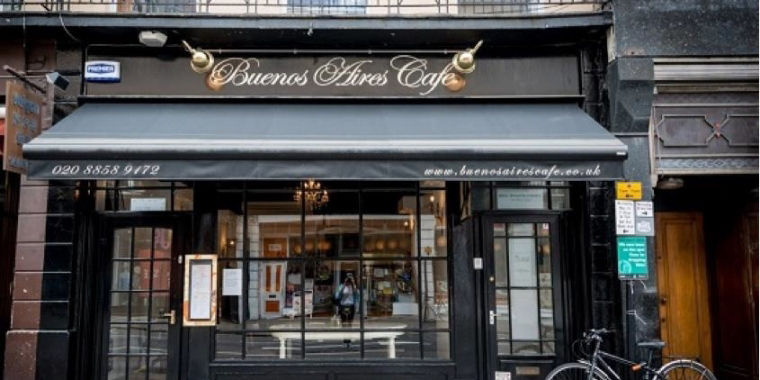 After years pursuing his interests of tango dancing and working as a war correspondent, in 2005 Reinaldo Vargas felt that it was time to establish a restaurant to give Londoners a taste of the fabulous steaks available in his native Argentina. Business was good and Reinaldo and his wife Kate opened a second restaurant.

However, alarm bells started ringing when customers began asking about his ‘other branches’ in the South East and suppliers began making deliveries to the wrong address. It became clear that another restaurant was operating under a similar name.

A key benefit of having a registered trade mark is that you are in a stronger position to protect your brand if another business tries to use the same or a very close name.

Sensibly, Reinaldo took steps to secure a trade mark registration for BUENOS AIRES CAFÉ to cover catering services in 2010. Five years later the other restaurant group sought to register a similar brand at the UK Intellectual Property Office, and Reinaldo called on the trade mark attorneys at Page White and Farrer to get involved and object to the competitor’s application.

We filed an opposition relying on the registered trade mark and our client’s reputation. We argued that the BUENOS AIRES CAFÉ mark was similar and was the subject of legal protection. Despite having operated under its brand for years, the competitor
did agree to rebrand following meetings between the parties. The opposition was completed at an early stage, without significant costs arising.

Whilst the dispute was being resolved, Reinaldo also noticed that a famous restaurant chain was using his brand on their website. This was due to a website design error, and was quickly corrected, after we sent a suitable letter that referred to Reinaldo’s trade mark registration.

The Square Meal Guide says that Reinaldo’s steak restaurant ‘stands out’ in the popularity stakes. Having asserted his trade mark registration, and getting the other party to abandon their trade mark application and to rebrand, Reinaldo’s restaurant brand will be even more distinctive in the crowded London restaurant market.

The advice, information, help and service from Page White and Farrer was second to none.