Home  >>  Information hub  >> File wrapper estoppel in the UK - the exception, not the rule?
Back to hubPrevious articleNext article

File wrapper estoppel in the UK - the exception, not the rule?

In Activis v Eli Lilly Lord Neuberger referred to certain circumstances where it would be appropriate to consider prosecution history to assist in claim interpretation. Jeff Daniels explains that this does not open the door generally to file wrapper estoppel, and reference to the prosecution history is the exception and not the rule.

In last year's UK Supreme Court decision in Activis v Eli Lilly Lord Neuberger changed the law on patent infringement by effectively introducing a doctrine of equivalents. Lord Neuberger also referred to certain circumstances where it would be appropriate to consider prosecution history to assist in claim interpretation. Some commentators took this to open the door generally to file wrapper estoppel.

The Patents Court case in question was L’Oréal v RN Ventures before Mr Justice Carr. At the European Patent Office, L'Oréal obtained a patent directed to an apparatus for treating acne. They brought a claim for infringement of the patent against RN Ventures, who relied upon a defence of non-infringement. The apparatus was a mechanical device suitable for treating acne through removal of sebaceous plugs from skin pores by the action of skin-contacting elements. During the proceedings two principal modes of action for the apparatus were identified: a ‘shear mode’ and a ‘tension-compression’ mode, each mode relating to the action of the skin-contacting elements of the device when applied to skin. In shear mode the skin-contacting elements generate shear force on the skin to dislodge the sebaceous plugs. In tension-compression mode the skin is subjected to alternating tension and compression to dislodge the sebaceous plugs.

RN Ventures submitted that L’Oréal had limited their main claim during prosecution to the tension-compression mode in order to support inventive step. In proposing a text for grant, the EPO examiner deleted the specific embodiment relating to the shear mode from the description. The reason given by the examiner was that this embodiment was no longer covered by the amended main claim. The examiner also deleted a claim specifically directed to the shear mode.

Mr Justice Carr rejected RN’s reference to the prosecution history by looking at each of the two circumstances identified by Lord Neuberger in turn. For the first circumstance Mr Justice Carr did not find the points at issue to be truly unclear in the light of the specification and claims of the L’Oréal patent, nor did he consider that the file unambiguously resolved any issue. His view was that there was no statement by L’Oréal which amounted to a clear disclaimer of the shear mode and the amendments did not have that effect. He was also not satisfied that all claims relating to shear mode were deleted. Regarding the second circumstance, Mr Justice Carr did not consider that L’Oréal was under a duty to correct any misunderstanding about of the scope of the claims on the part of the Examiner. His view was that L’Oréal was satisfied with the text, and its interpretation was a matter for national courts and not the examiner.

His final comment is particularly noteworthy: "It should be emphasised that reference to the prosecution history is the exception, and not the rule. I understand why it was relied upon in the present case, although I have not accepted RN Ventures’ submissions about it. Parties should think carefully in future before incurring additional costs in arguing about the prosecution history".

So, at least as far as the Patents Court is concerned, we have been warned. Do not expect a sympathetic hearing when relying upon prosecution history in the UK Courts unless you can satisfy the Court that one of the two exceptional circumstances identified by Lord Neuberger is met. Otherwise, an award of costs may be made against you.

For prosecution at the EPO and UKIPO it is already good practice to be careful about what is put on file in view of the potential for our words to be scrutinized in related US proceedings. Adopting this standard, our practice need not be modified to accommodate the latest decisions in the UK courts.

For advice on intellectual property protection and patents in the UK, Europe and internationally, please contact Jeff Daniels on 44 (0) 207 831 7929 or email jeff.daniels@pagewhite.com.

This briefing is for general information purposes only and should not be used as a substitute for legal advice relating to your particular circumstances. We can discuss specific issues and facts on an individual basis. Please note that the law may have changed since the day this was first published in April 2018. 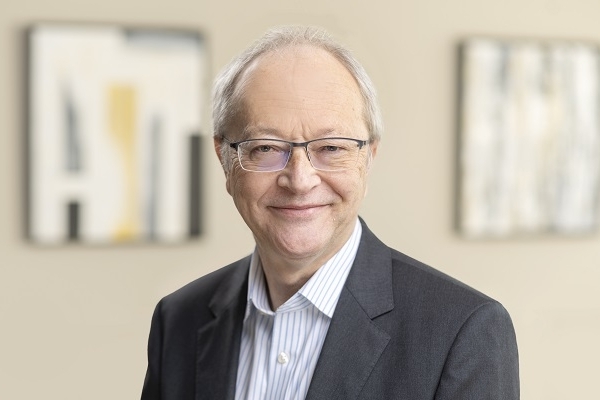