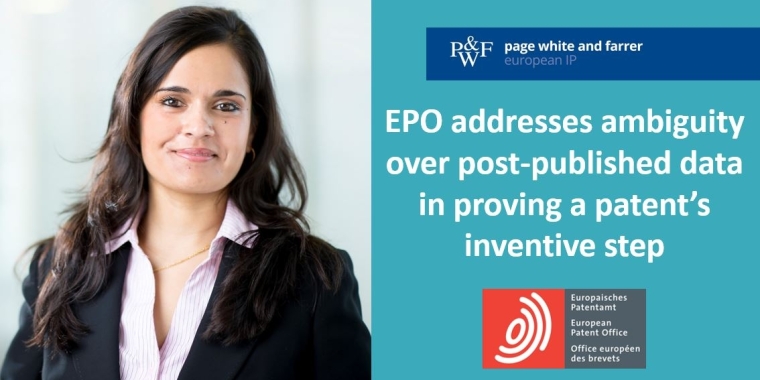 A referral to the Enlarged Board of Appeal of the European Patent Office (EPO) on the subject of post-published data, has the potential to alter current patent practice and filing strategies, especially in the fields of life sciences, chemistry, AI, and data science, where research and development is often unpredictable, and experimental data may be limited at the early stages of invention development.

‘In light of the competitive nature of the biotechnology and chemical sectors, there is a need to strike a balance between securing an early filing date to avoid prior art and having sufficient supporting experimental evidence to enable the application to be granted successfully,’ says Roona Deb a partner and patent attorney specialising in life sciences. ‘At present, there is some conflict within the case law of the EPO Boards of Appeal regarding the extent to which post-published data may be relied upon to support inventive step. Questions referred to the Enlarged Board of Appeal may harmonise the approach taken by Examiners and provide the clarification that is needed.’

Background to the use of post-published evidence

Under the problem-solution approach adopted by the EPO in their assessment of inventive step, the objective technical problem is formulated on the basis of a technical effect provided by one or more features which distinguish the invention as claimed over the closest prior art. Inventive step may be acknowledged if the claimed invention attains the technical effect and thus solves the objective technical problem across the entire scope of the claim. The technical effect typically needs to be supported by data, particularly in the chemistry and biotechnology fields which are inherently unpredictable. Under current practice, if adequate supporting data are not present in the application as filed, data submitted during examination (or opposition) as post-published evidence may be taken into consideration for the assessment of inventive step.

The Guidelines for Examination in the EPO specifically endorse the use of post-published evidence to support the presence of a technical effect in the context of assessing inventive step, “provided that the skilled person would recognise the effect as implied or related to the technical problem initially suggested” (Part G, Chapter VII, section 5.2).

According to established jurisprudence of the Boards of Appeal at the EPO, an inventive step may only be acknowledged if the application makes it at least plausible that the claimed subject-matter provides the desired technical effect, and thus solves the objective technical problem. Supplementary post-published evidence typically may not serve as the sole basis to establish that the problem is solved.

In Decision T1329/04 (Factor-9/John Hopkins), an inventive step was ultimately denied on the basis that there was not enough “evidence in the original application to make it at least plausible that a solution was found to the problem which was purportedly solved”, and post-published evidence was not taken into account.

Similarly, in Decision T488/16 (Dasatanib/BMS), the Board of Appeal held that “some verifiable evidence” is required to render a technical problem credibly solved, unless the invention relies on a technical effect which is “self-evident, predictable or based on a conclusive theoretical concept”.

In Decisions T1642/07 and T1599/06, the Board of Appeal stipulated that a technical effect could be made plausible by an appropriate theoretical explanation or information.

However, another line of case law provides that post-published evidence may only be disregarded if the skilled person would have legitimate reasons to doubt that a purported technical effect would have been achieved on the filing date of the patent in suit. In other words, according to this line of case law, post-published evidence is taken into account as long as the purported technical effect is not implausible.

This standard of implausibility has been applied in Decision T578/06 (Pancreatic cells/IPSEN), where the Board of Appeal stipulated that the EPC does not require any experimental proof for patentability and considered that the disclosure of experimental data or results in the application as filed and/or post-published evidence is not always required to establish that the claimed subject-matter solves the objective technical problem. The Board further emphasized that the establishment of plausibility is only relevant when examining inventive step if doubts about the suitability of the claimed invention to solve the technical problem addressed were substantiated.

Other Decisions applying this standard of implausibility include T536/07 and T1437/07.

There have also been instances where the Boards of Appeal have disregarded the concept of plausibility, and have taken into consideration post-published evidence demonstrating a technical effect of which there was no plausible demonstration in the original application (T31/18 and T 2371/13). Here, the Boards took the view that the requirement for a plausible demonstration of a technical effect in the original application is incompatible with the problem-solution approach. In particular, the technical effect provided by the features that distinguish the claimed invention over the closest prior art that is used to formulate the objective technical problem may not be known to the Applicant at the filing date of the application.

Following the recent publication of an interlocutory decision of the Board of Appeal in connection with opposed European Patent EP2484209 (T0116/18), questions concerning the acceptance of post-published evidence to support a technical effect and requirements for plausibility will be referred to the Enlarged Board of Appeal.  This may help to resolve the ambiguity and conflict that currently exists within the case law.

Granted claim 1 of EP2484209 (and the main request) is directed to an insecticide composition comprising a combination of two compounds, thiamethoxam and a second generic compound represented by a Markush formula Ia, both of which have known insecticidal activity.  The application as filed included data demonstrating a synergistic effect between thiamethoxam and two specific compounds within formula Ia, against two insect species S. litura and P. xylostella.

The opponent submitted its own experimental data (D23), which was admitted into the proceedings, demonstrating that thiamethoxam and a further compound falling within formula Ia do not act synergistically at certain weight ratios, against two insect species S. littoralis (which is closely related to S. litura used in the Examples of the patent) and P. xylostella (as used in the Examples of the patent).

Responsive to the opponent’s submissions, the patentee also filed further post-published evidence (D21) demonstrating that the combination of thiamethoxam and a compound according to Formula Ia provided a synergistic effect against the insect species C. Suppressalis.

Acceptance of post-published evidence in D21

The allowance of the main request crucially depends of the question of whether the post-published evidence in D21, which is the only proof of a synergistic effect against C. suppressalis, can be taken into account.

Without D21 (i.e. solely in view of the data provided in the patent and D23), there is no plausible demonstration of a synergistic effect across the entire scope of claim 1. As such, the objective technical problem in view of the closest prior art can only be formulated as the provision of an alternative insecticidal composition. Claim 1 would, in this case, amount to an arbitrary combination of two known insecticidal compounds which cannot be considered inventive.

In the absence of any counter-evidence, and somewhat surprisingly, the Board of Appeal has taken the view that the synergistic effect observed in respect of the specific compounds tested in D21 could be acknowledged to be achieved across the entire scope of claim 1, particularly considering the limited chemical variability between compounds of Formula 1a. This is despite the formula encompassing millions of compounds.

Therefore, if D21 is taken into account, the objective technical problem would be formulated as the provision of an insecticide composition in which the insecticides act synergistically against insect species C. suppressalis. There is no suggestion in the prior art of such a synergistic effect, and thus an inventive step would be acknowledged.

Questions for referral to the EPO Enlarged Board of Appeal

“If for acknowledgment of inventive step the patent proprietor relies on a technical effect and has submitted evidence, such as experimental data, to prove such an effect, this evidence not having been public before the filing date of the patent in suit and having been filed after that date (post-published evidence):

Typically, the time period from formal referral to the Enlarged Board of Appeal to issuance of a decision is from one to two years.

The outcome of such a referral may alter current practice and filing strategies. In light of the competitive nature of the biotechnology and chemical sectors, there is a need to strike a balance between securing an early filing date and having sufficient supporting experimental evidence to enable the application to be granted successfully. If the Enlarged Board of Appeal’s decision restricts opportunities to rely upon post-published evidence to support inventive step, then the amount of evidence/data included in the original application may need to be increased in order to better support the claimed invention.

We will monitor the progress of these proceedings and keep you informed of any developments. In the meantime, our attorneys are here to provide guidance and assistance with the issues raised here, and all other aspects of patent protection and litigation.

Click here for more information about our intellectual property expertise in Chemistry, Life Sciences and Health.

Please speak to your usual contact at Page White Farrer, or you can email us via webenquiry@pagewhite.com

This briefing is for general information purposes only and should not be used as a substitute for legal advice relating to your particular circumstances. We can discuss specific issues and facts on an individual basis. Please note that the law may have changed since the day this was first published in October 2021. 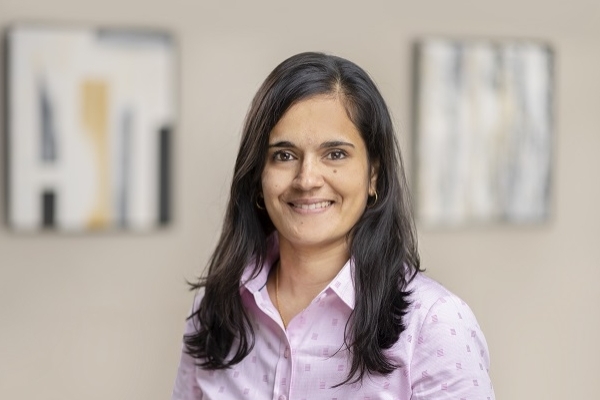