Matthew Codd graduated from the University of Manchester (Master of Physics) in 2014 and began working at Page White and Farrer. He qualified as a Patent Attorney in 2021 and mainly works in the electronics team. We asked him to look back on the past few years and answer some of the questions which he might have had as a student looking into a career in intellectual property.

Q1. Can you remember your first day?

I’m going to be honest with you: when I turned up for my first day on the job, I had no idea what to expect. I had never so much as seen a patent, let alone construed a claim (what’s a claim?), and I still said ‘paytent’ instead of the ostensibly industry-standard ‘pahtent’.

Q2. What is the essence of your role?

Patent attorneys advise on all aspects of patent law. This includes working with a client to draft and file patent applications and guiding them as their patent applications go through the system. We may also advise on whether a patent is valid or if it is infringing intellectual property rights.

By way of a simple example: consider Mrs Jones in the shed at the end of her garden in Llandudno, who has just invented a new weed-removal device. She could draft and file her own patent application, but if she fails to adequately describe the precise action of her clever new hinging mechanism (that allows for optimum weed-removal), then her chances of getting the patent granted are as dead as last year’s begonias. This is where a patent attorney comes in.

As a patent attorney, we would write Mrs Jones’ application for her to ensure that it does include all the detail around the hinging mechanism’s action. After filing, we would discuss each official action with Mrs Jones and file responses at the patent office until the application is either granted (or refused) or Mrs Jones decides to abandon the application.

Once the patent has been granted, we might also advise on things like infringement if, say, Mrs Jones has noticed that Weed-B-Gone Inc. are selling a weed-removal device with a suspiciously similar-looking hinging mechanism.

Q3. What sort of businesses do you work with?

There is a lot of variety, and I have worked with a range of clients, including large multinationals, small startups, and even a private inventor every now and then.  You are never bored as there is a steady stream of inventions, some of which are fascinating.

If you are a physics graduate like me, you might work on, say, a controller for a washing machine, some new video conferencing software, then move on to processor architecture or a camera for a driverless car - these are all real examples from my work.

Q4. Do you need particular skills?

As a graduate, you will already have the technical skills required. Legal skills are just as important, and they are learnt during your training. There are also other important skills which you will need to develop, such as organisational skills.

There are precise requirements with strict deadlines, ranging from a couple of months to over two years. You are responsible for managing your workload and meeting these deadlines. As you progress, you might have a few dozen things on the go at once, so you do need to be super-organised. You also need to be able to turn things around quickly, as sometimes new information arrives just before a deadline.

For some of the work, you have to be very adept at spotting-the-difference. It reminds me a bit of a brain teaser one finds at the back of the newspaper (albeit a rather tricky one) in that the satisfaction you feel in cracking it is more or less proportional to how difficult it was.

Q6. What is the balance between patent law and science?

A patent attorney acts as a middle-man between the technical language of the inventor and the legal jargon of the patent office – so it is just as important to communicate with clients in plain English.

“The skillset required for drafting a patent application resides in the rather thin intersection on the Venn diagram of science and law.”

Getting the claim right, in particular, means writing a single clause which covers all of the inventor’s examples of their invention, but nothing in the prior art (i.e. the entire scope of the claim has to be new). This requires a high level of technical knowledge, of course, but also a high level of linguistic skill. Every word in the claim will be exhaustively scrutinised, and so it might actually matter whether you described that glass portion as ‘fragile’ or ‘frangible’.

A large part of the task is to distil the inventor’s idea down to its bare essentials, and to generalise where appropriate. For example, Mr Patel might come to you with a new bicycle brake, but you identify that the core of the invention is actually the special new shape of the brake arm that allows for optimum braking force, and this distinguishes it from all previous brakes. This new shape is what would be covered by the claim.

When drafting the patent application, you will have to carefully consider every aspect of the invention. How much variation in the shape of Mr Patel’s new brake arm still allows for an improved braking force? Mr Patel has used rubber brake pads, but what other materials could work? Would any materials work particularly well in combination with his new brake arm shape? Could this new shape be applied to brakes for other types of vehicle? Often, you might find that you are actually the first person ever to sit down and think through these sorts of question. You will liaise closely with the inventor to make sure you get all the details correct.

Like any new skill, drafting patent applications is something that gets easier over time. There is a particular technique to describing things in the level of detail required for a successful patent – but of course this is what you will learn along the way to becoming a qualified patent attorney.

This briefing is for general information purposes only and should not be used as a substitute for legal advice relating to your particular circumstances. We can discuss specific issues and facts on an individual basis. Please note that the law may have changed since the day this was first published in May 2021. 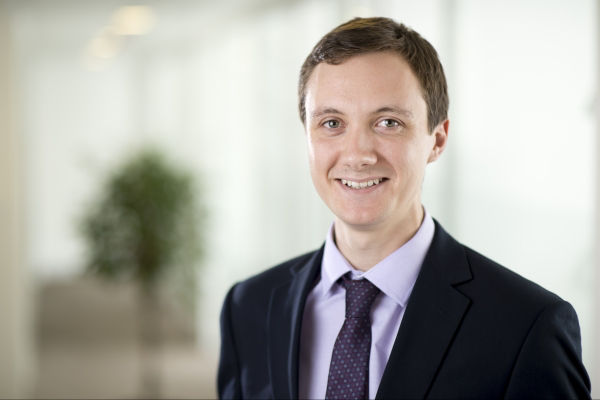