Taryn Byrne has successfully assisted Iceland Spring EHF, an Icelandic spring water company, to defend its brand from attack by Iceland Foods Limited, the owner of the ICELAND mark and the well-known chain of supermarkets.

Iceland Foods appealed to the Appointed Person to review the trade mark opposition decision based on likelihood of confusion and Taryn assisted Iceland Spring as the respondent.

The Appointed Person confirmed that there is no likelihood of confusion between our client’s ICELAND LAVA marks and the supermarket’s ICELAND mark.  In a further blow for Iceland Foods Limited, the decision confirms that it is reasonable to assume that the ICELAND name is capable of designating the geographical origin of natural spring water and mineral and carbonated waters in the future, even without proof of a repute for these goods.

Appealing to the Appointed Person

This is the second success before the Appointed Person of  trade mark attorney Taryn Byrne – after she succeeded for Huber’s swimwear in a case against Solomon and Silver Limited.

Background to this trade mark case

The opponent, Iceland Foods Limited (“IFL”) opposed the applications based on various grounds, and these oppositions failed.

The decision regarding the likelihood of confusion grounds was appealed, with a focus on EUTM No. 673373 for the ICELAND word mark which Iceland Foods admitted was its best case.

A reputation for natural spring water - The Appointed Person considered the appeal grounds starting with the Hearing Officer’s finding that Iceland has a reputation for natural spring water based on the evidence filed by the ISE. After reviewing the evidence, the Appointed Person agreed with IFL that the Hearing Officer was wrong in his findings of fact. There was not sufficient detail of sales volumes nor market share nor any evidence about the perception or knowledge of the average consumer in the UK as regards Iceland as a source of, or having a repute for, natural spring water.

Having found for IFL, the Appointed Person then re-appraised the matter on the basis that ISE’s evidence does not establish that:

In considering the overall impression of the ICELAND and the ICELAND LAVA mark, the Appointed Person holds that the word LAVA plays a greater role. The mark is more of a “LAVA” mark than an “ICELAND” mark. The Hearing Officer’s finding that the marks are visually similar to a medium degree and aurally similar to a medium degree are applied by the Appointed Person.

In the conceptual assessment, the word ICELAND is held to be the name of a country, not a reference to IFL’s supermarket (as there is no evidence to prove enhanced distinctive character/repute for the goods at issue). The marks are held to be conceptually similar to a medium degree.

In assessing the distinctive character of IFL’s ICELAND mark, the Appointed Person finds that it is the name of a European country. The Appointed Person says that even though there is no evidence that the average consumer is aware of any reputation of Iceland for water, it is reasonable to assume the name is capable of designating the geographical origin of such goods in the future. He finds that ICELAND is weakly distinctive in relation to natural spring water and mineral and carbonated waters. ICELAND is held to have ordinary (or “medium”) distinctive character for goods which are described as “other non-alcoholic beverages; fruit drinks and fruit juices”.

In assessing the likelihood of confusion, the Hearing Officer’s finding of no direct confusion was unchallenged on appeal, so it is adopted.

On re-appraisal of the opposition, the Appointed Person says that there is no likelihood of confusion and the appeal fails.

The above case is a good illustration of the difficulties of succeeding in an appeal before the Appointed Person.

Even though IFL’s grounds of appeal were upheld, the opposition decision was ultimately unchanged on appeal as the Appointed Person confirmed that there is no likelihood of confusion between ISE’S ICELAND LAVA marks and IFL’s ICELAND mark on reappraisal of the case.

The decision confirmed that it is reasonable to assume that the ICELAND name is capable of designating the geographical origin of natural spring water and mineral and carbonated waters in the future, even without proof of a repute for these goods.

This briefing is for general information purposes only and should not be used as a substitute for legal advice relating to your particular circumstances. We can discuss specific issues and facts on an individual basis. Please note that the law may have changed since the day this was first published in August 2022. 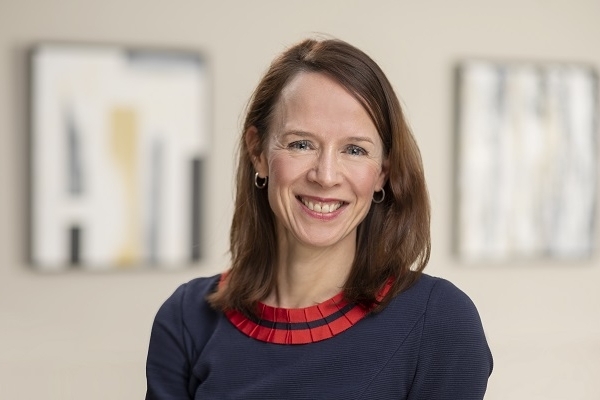