In its last meeting last Friday, the Federal Council in Germany approved the Agreement on a European Patent Court (UPCA). 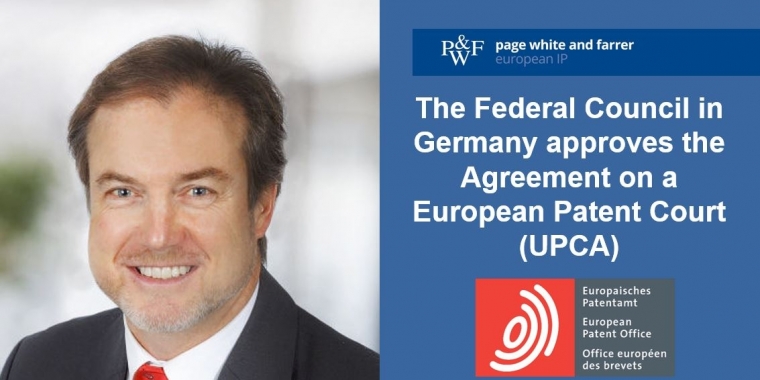 This is another important step on the way to the European Patent Court (UPC). The federal government now has to countersign the approval of the Bundesrat, then - unless another ‘call from the Federal Constitutional Court in Karlsruhe’ intervenes - the federal president must draft the law before it is published in the Federal Law Gazette.

As a provisional final step, the ratification will then be deposited with the General Secretariat of the Council of the EU.

The 'call from Karlsruhe' may indeed follow soon. Two constitutional complaints were filed last Friday against the German ratification law for the Unified Patent Court. This was confirmed by the spokesman of the German Constitutional Court responding to a request from JUVE magazine.

The highest German court apparently received the two complaints (case IDs: 2 BvR 2216/20 and 2 BvR 2217/20) shortly after the German Federal Council (Bundesrat) approved the German UPC legislation. The second chamber of the German parliament had unanimously passed the laws on 18 December.

It is currently unknown who the claimants are. The Constitutional Court did not provide any information on this matter. However, in the run-up to the votes in the German parliament, two groups had hinted at potential lawsuits.

In November, Foundation for a Free Information Infrastructure (FFII) took a combative stance, calling on companies to join forces to file a constitutional claim.

Furthermore, the plaintiff of the successful first constitutional claim also continues to follow the ratification process on his website. Following the Constitutional Court ruling in March, he too had speculated on a company’s claim against the UPC.

It is also not known at present which grounds of appeal the two unknown claimants cite against the UPC laws. The Constitutional Court also here provided no information. Nor did it comment, when asked by JUVE, on whether it will accept the complaints at all and ask the Federal President to halt the ratification process again“

This briefing is for general information purposes only and should not be used as a substitute for legal advice relating to your particular circumstances. We can discuss specific issues and facts on an individual basis. Please note that the law may have changed since the day this was first published in December 2020.