Home  >>  Information hub  >> Can I patent an app?
Back to hubPrevious articleNext article

Can I patent an app?

Yes, you can patent an app. We are often asked this question by app developers, and many find that answer surprising because there is a myth that it is not possible to obtain a patent for computer code.

According to patent attorney and partner Tom Woodhouse, who specialises in registering patents for AI, data science and software, ‘Of course, it is not quite that simple.  But it may still be simpler than you think when you strip away the legal jargon.

You may also be surprised by one of the most common reasons a developer cannot patent their app, and what steps you can take to avoid this trap.

How can you obtain a patent for an app?

There are broadly two aspects to an app: its functionality and its visual appearance.

Patents protect functionality.  Any feature of an app can be protected with a patent if it:

Has your app solved a technical problem?

As a developer, you will be encountering and solving many technical problems requiring practical engineering solutions.

At the front end, functional aspects of a graphical user interface (GUI) can be protected with a patent.  For apps, technical problems frequently arise from limited display real estate, or limited user input mechanisms.

An example might be a predictive input mechanism that assists a user in entering text.  Such a feature solves a technical problem in functional UX design [European Patent Office, Guidelines for Examination, G-II-3.7.1], and can therefore be protected with a patent, provided the mechanism is also new and non-obvious.

An app user interface may need to be designed in a way that addresses conflicting requirements.  The European Patent Office has granted a patent on the use of a guide mark on the edge of the screen in a video soccer game when a teammate is off-screen, to indicate the location of the nearest teammate.  This was considered to resolve the conflicting technical requirements of displaying an enlarged portion of an image whilst maintaining an overview of a zone of interest which is larger than the display area [EPO, Decision of the Technical Board of Appeal T 928/03].

Patents on frontend functionality can be valuable because they protect highly visible features – of your own app, and also apps that potentially infringe your patent.

Backend functionality can also be protected, for example if you are solving problems in the way data is stored, encrypted, or transported; or to improve the responsiveness of the app through faster backend processing to implement some function (this would also apply to processing in the app itself).  The optimization of an existing solution, e.g. for speed or memory efficiency, may also be a technical problem in its own right.

Is my solution novel?

Newness or ‘novelty’ is a binary test.  A solution is either new or not new; there is nothing in between.  If the solution has been made available to the public in any way, shape or form, it is no longer new, and can therefore no longer be patented.

Patent attorneys talk about ‘prior art’.  This means all of the material that is available in the public at the point you file your patent application.  To be new, your invention must not form part of this prior art.

A good indicator of novelty is whether you have looked for an ‘off-the-shelf’ solution, but not found anything that does what you need.  Perhaps there are a few products or libraries out there that almost do what you need, but a piece of development work has been needed in view of the specific problem you face – in which case you have developed something new.

Have I scuppered my chances of obtaining a patent?

WARNING: ‘Prior art’ includes material that the app developer has put into the public domain themselves.  If you release your app before you have filed a patent application, it may no longer be possible to patent the app.  This is one of the most common reasons developers are prevented from patenting their apps.  If you are considering patenting your app, you need to speak to us before you release it.

The same goes for marketing presentations, or even discussions with potential inventors or other third parties outside of your company. Any disclosure is potentially ‘prior art’ that could scupper your chances to patent your app if you do not file your patent application first.

What if we have already released our app?

If you have already released your app, it may still be possible to protect backend features, or particular interactions between backend and frontend features, because the release of the app will not necessarily have made those aspects public.  A few countries also have limited ‘grace periods’ that might allow you to still protect the frontend features after the app has been released.  It is better not to rely on these grace periods if possible, but it is still worth speaking to us even if your app has already been released to see what can be done.

What is meant by ‘the solution’?

When we file a patent application, we have to set out the technical problem you are solving, and precisely define (in words) your solution to it – the ‘invention’.  This definition is called a ‘claim’, which is a single paragraph defining the minimum set of features we think are needed to solve the problem, and the relationship between those features.  This paragraph defines the scope of your patent.  When we talk about novelty, we are referring to that specific set of features as a whole. At least some of the features will not be new individually, and in many cases none of the features will be individually new; rather, the novelty comes from the way they are combined, or the way they are applied (you can patent a new application of existing features).  You may be using open source components, but your invention is still new if you are using these in a new way.

Is my solution obvious?

Ask any app developer this question, and 99% of the time you will get the same answer – yes, it is obvious to them after they have been immersed in the invention.  This self-imposed hurdle often prevents app developers from even exploring the idea of patent protection, and means they end up giving away valuable IP for free.

In practice, the legal threshold for obviousness in patent law is considerably lower than you might think.  It will be assessed without the hindsight of the invention, from the perspective of a hypothetical person of ordinary skill.  The law aims to turn a subjective question into an objective legal test, and for that reason it is often a highly artificial assessment.

Sadly, many developers dismiss their own solution as obvious without even speaking to a patent attorney first. Relying on trade secret and copyright protection can have serious limitations.

If you have solved a technical problem in a way that you think might be new, talk to us as soon as possible.

We offer a free initial consultation IP clinic, and we will be able to help identify whether your app can be patented, in the UK and abroad. We can also provide an outline of the costs and procedures required to obtain protection, and we will suggest the next steps that need to be taken.

This briefing is for general information purposes only and should not be used as a substitute for legal advice relating to your particular circumstances. We can discuss specific issues and facts on an individual basis. Please note that the law may have changed since the day this was first published in September 2022. 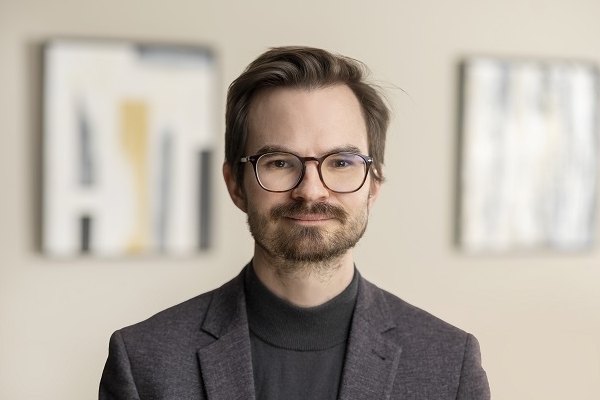